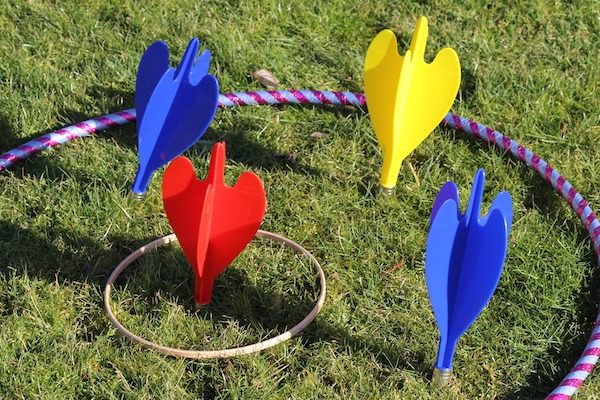 Giant Garden Darts is a huge version of the popular darts game. Played on grass only, players must throw their darts and hit the target  area which is placed on the lawned area in front of them. The length of the oche should be adjusted according to the age and abilities of the players. Children must be supervised by an adult when playing this game.